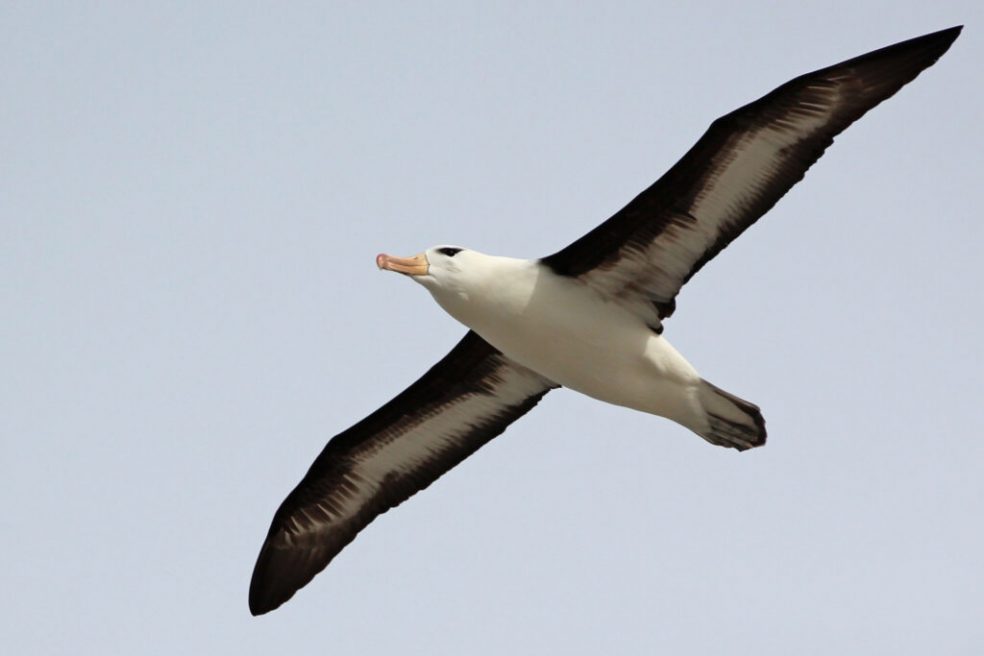 Most fishing methods have some impact on the ecosystem, either indirectly by removing the target species which is a food for other species (such as penguins feeding on krill see Blog #3), or directly by catching or otherwise interacting with non-target species. These can be marine mammals and seabirds or fish, squid and other marine organisms.

In parallel with the development of the krill management approach, which takes into account the impact of krill fishing on the krill-dependent ecosystem, in the late 1980s, CCAMLR started to record the direct interactions between fishing gear and non-target species. Improvements in catch reporting allowed estimates of the by-catch of unwanted fish to be made, and some measures were brought in to control these catches.

Some of these species are vulnerable to overfishing, so CCAMLR has taken considerable efforts to reduce their bycatch. For instance, in addition to the seasonal limits on catches of grenadiers and skates during longline fishing, vessels are required to move if they encounter areas where bycatch is high. Additionally, all skates and rays caught that have a high probability of survival must be released back into the sea. 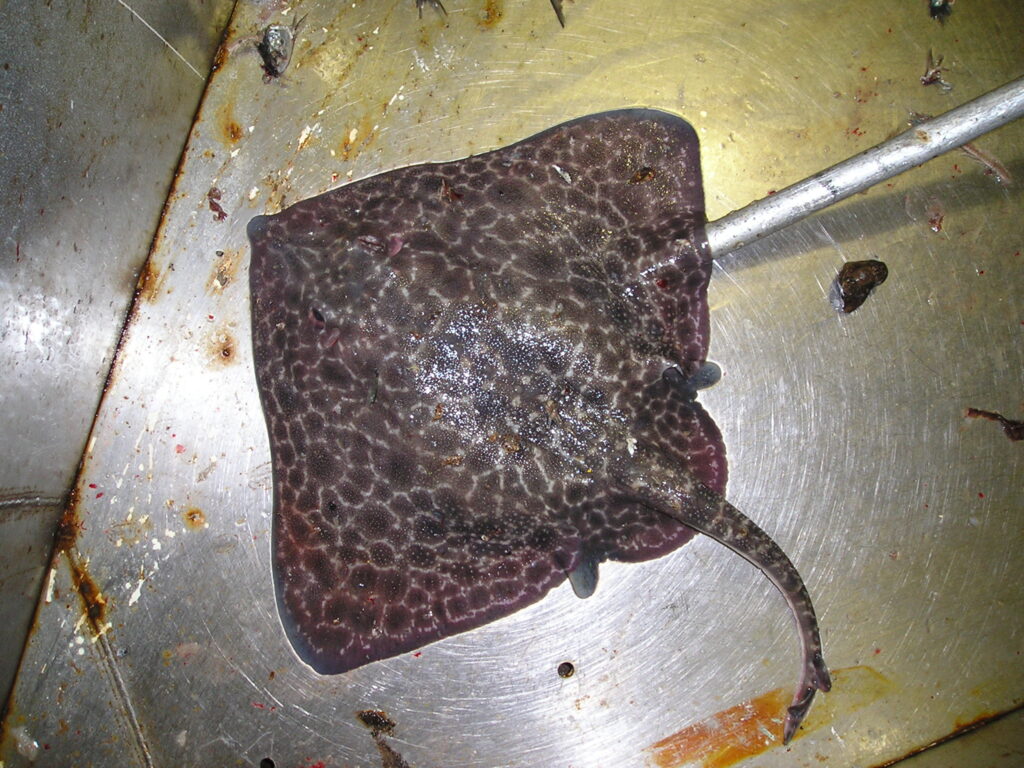 Skates such as Amblyraja georgiana, often a by-catch in the longline fishery, must be released gently back into the sea if they are alive. Photo: Leonid Pshenichnov, Ukraine.

In the 1990s the interaction between seabirds and fishing gears (longlines and trawls), particularly albatross and petrel species, became of great concern to CCAMLR. Longlining is particularly problematic for seabirds because it involves setting many thousands of hooks, attached to a single line, which may be more than 10 km long, and baited with fish or squid. The lines sink slowly to the seabed where they attract and catch toothfish. During the time that they are near the surface, seabirds may grab the bait and become caught, only to be dragged underwater and drowned as the line sinks. 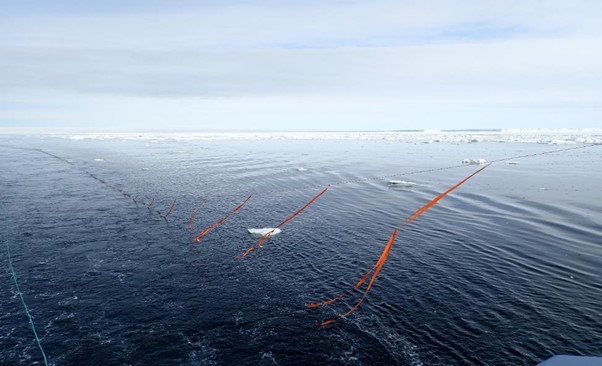 In 1991 CCAMLR took action to minimise the incidental catch of birds, estimated to be several thousand per year in its longline fisheries, by requiring that longlines were weighted to sink faster so that seabirds could not reach the baits. In addition, rules prohibiting dumping offal (fish processing waste) overboard or minimising the use of lights at night, both of which attract birds, and a requirement to deploy bird-scaring lines with colourful streamers behind the vessel so birds avoided the longline setting area all played a part in reducing the interactions between birds and longline gear. Between 1994 and 2011 the development of these measures was advanced by a working group that was dedicated to finding ways to reduce incidental mortality. 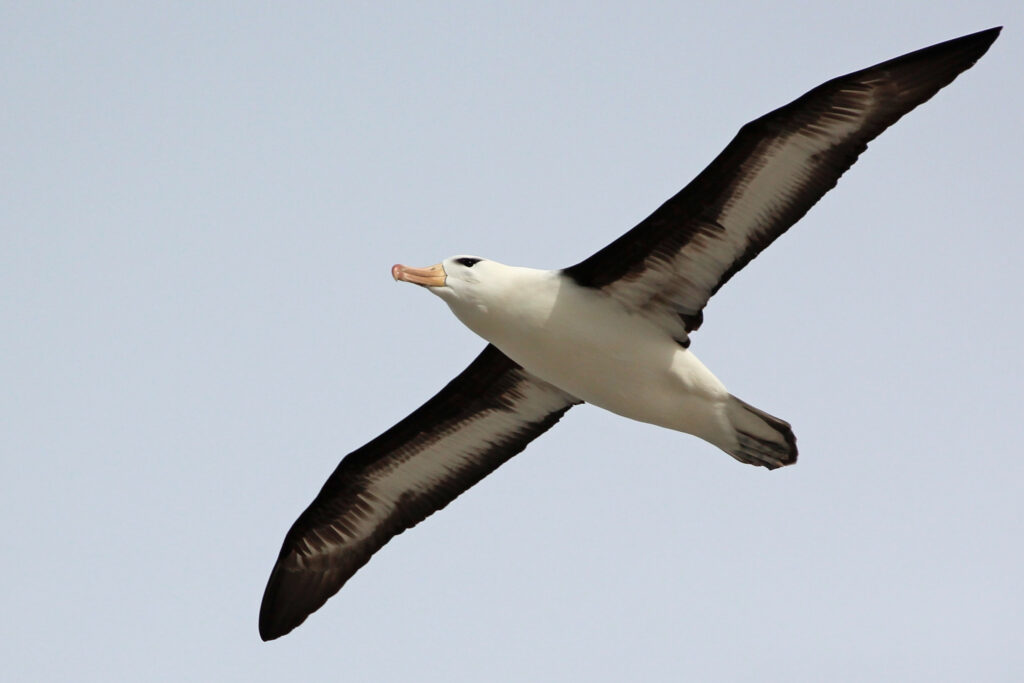 Mitigation measures were refined following detailed scientific experimentation to find the best approaches. Key to this work was the requirement from 1995 that all longline vessels should have independent scientific observers onboard (see blog #9). In some areas, the longline fishing season was changed so that it only takes place in winter (when it is dark much of the time), when birds have migrated elsewhere, or during nighttime when they are less active.

One further danger to seabirds was illegal, unreported and unregulated (IUU) fishing for toothfish. IUU vessels probably did not use mitigation measures and would have seabird mortality rates similar to those of licensed vessels fishing without mitigation measures. CCAMLR’s successful reduction of IUU fishing, detailed in blog #7, is expected to have contributed to the reduction of seabird deaths in the Convention Area. Combined, all these measures have been extremely successful, and the reported incidental catch of birds has now been reduced from an estimated tens of thousands per year to fewer than 100 per year now. 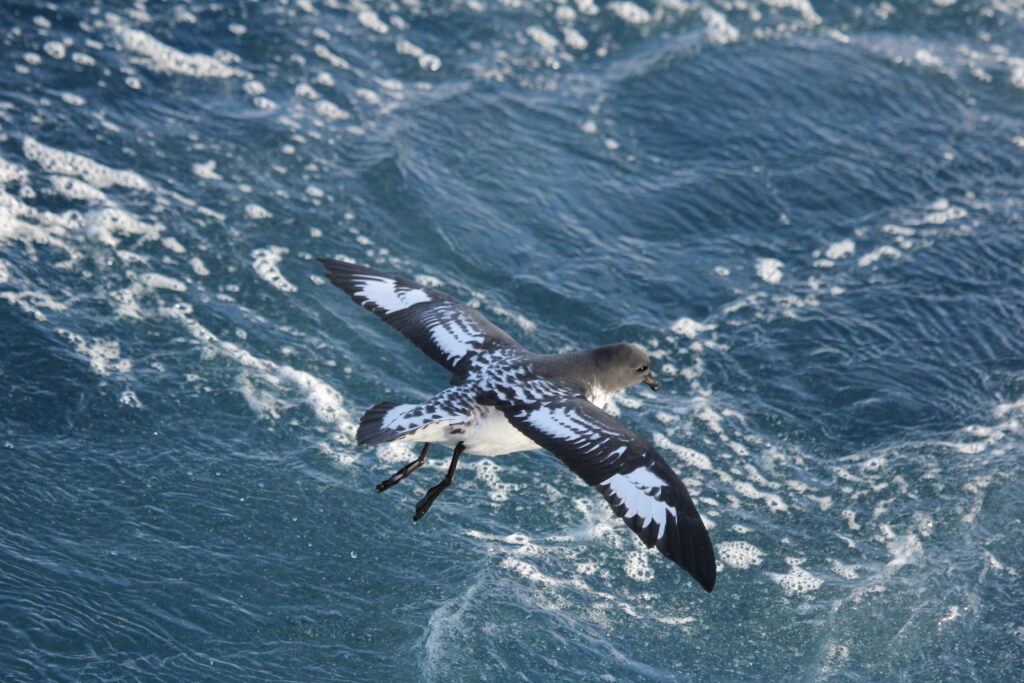 CCAMLR’s hugely successful efforts in developing and implementing mitigation measures has meant that few albatross and petrel mortalities from fishing now occur in the Convention Area. CCAMLR publicised the issue and solutions to reducing seabird mortality widely. This work contributed significantly to the development of FAO’s International Plan of Action on Seabirds (1999) and the 2001 Agreement on the Conservation of Albatrosses and Petrels, which in its preamble recognised the successful actions taken by CCAMLR to reduce seabird by-catch in the Antarctic.

Actions to protect seabirds and marine mammals in trawl fisheries have also been developed over time. All krill vessels are required to ensure nets are cleaned before shooting to reduce attractiveness to birds, discharging of offal is prohibited, and nets must have escape panels fitted to prevent seals from becoming trapped. These mechanisms are so effective that usually fewer than 10 birds and seals are observed caught each year.