In 2012, COLTO was a co-sponsor and contributor to a video produced by the New Zealand-based Southern Seabird Solutions Trust.  The video highlighted the some of the very real achievements in reducing seabird mortality as a result of collaboration between the fishing industry, scientists and environmental NGOs.

Seabirds are vulnerable to being caught on fishing hooks as birds will commonly dive for baited hooks and can become hooked or entangled and drowned.  To prevent this from happening within the CCAMLR Area, Governments, scientists, the fishing industry and environmental organisations collaborated to develop and test measures to minimise interactions with seabirds and marine mammals.  These measures were subsequently adopted by CCAMLR which means that fishing vessels in the CCAMLR Convention Area are formally required to comply with them.

CCAMLR seabird mitigation measures are widely regarded as global best-practice and have been used as a model for many other fisheries around the world. Some of the measures which fishing vessels in the Convention Area must abide by include:

As a result of by-catch mitigation measures, mortality of seabirds and marine mammals in the CCAMLR Convention Areas as a result of fishing has fallen to near-zero levels (Figure 1). 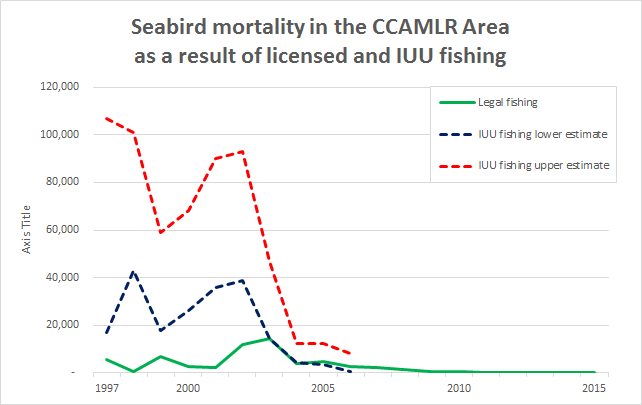 Figure 1: Graph depicting seabird mortality between 1997 and 2015 in the CAMLR Convention Area.  Note seabird mortality related to IUU fishing was stopped after 2006 when IUU vessels changed from longline to gillnets as their method of fishing. (Source: CCAMLR SC reports 1997 to 2015).

Other toothfish fisheries outside the CCAMLR Convention Area routinely use mitigation devices such as streamer lines, season restrictions and other methods to avoid bycatch of seabirds.  Toothfish fisheries in Chile developed and routinely use cachaloteras (Figure 5) which, in addition to preventing interactions with marine mammals, have been found to result in zero seabird mortalities in each of the past 6 years.

Collaboration between the fishing industry, researchers and fishing gear suppliers, Fiskevegn, resulted in the development of fishing lines containing a weighted core, which were extensively tested on COLTO members’ fishing vessels.  These lines were found to sink faster and showed a 94% to 99% reduction in catches of seabirds.

A tori line (also called a streamer or bird scaring line) is a line with streamers that is towed from the fishing vessel whilst baited lines are being set.  The tori line flies over the mainline (called Hookline in Figure 2 below) as it enters the water, which scares birds away from hooks.  The streamer line design used by CCAMLR has been used as a model for other fisheries. 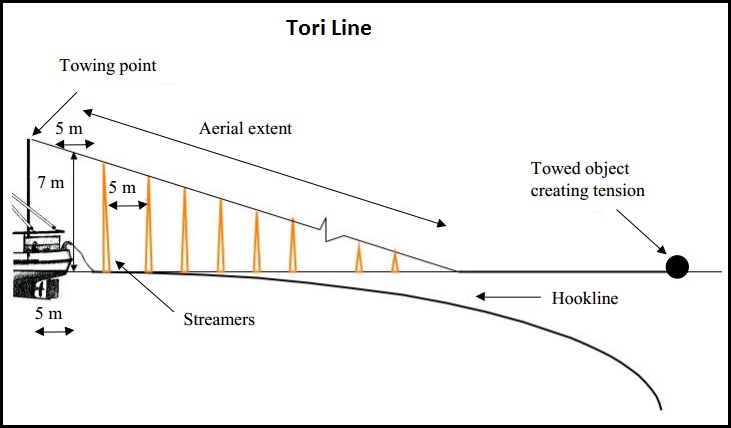 Brickle curtains (also called a Bird Exclusion Device) are a series of streamers and surface floats which are suspended around the hauling area of fishing vessels.  These scare birds away from lines whilst they are being hauled out of the water and prevent them from being able to access hooks. 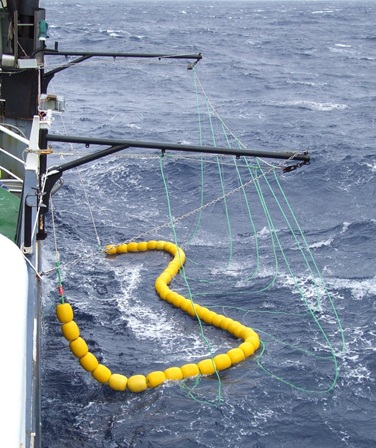 Figure 3: Photograph showing an example of a Bird Exclusion Device (BED) in action.

Pots have been used in several toothfish fisheries as an alternate fishing method to longlines.  Multiple pots are set up on a mainline, that is anchored at both ends and sinks to the seafloor at a fast rate (Figure 4).  The advantage of pots is that the bait is secured in a container inside the pot and seabirds are unable to access it.

Pots have proven to successfully eliminate interactions with seabirds and marine mammals and because of this, have the advantage of being able to fish year round.

Cachaloteras are netting sleeves which cover fishing hooks.  They are used with the Chilean Longline gear system.  The main line has heavy anchor weights at each end, and each branch line containing the hooks and cachalotera also have weights attached and therefore sink quickly, preventing seabirds from accessing baited hooks during setting (Figure 5). 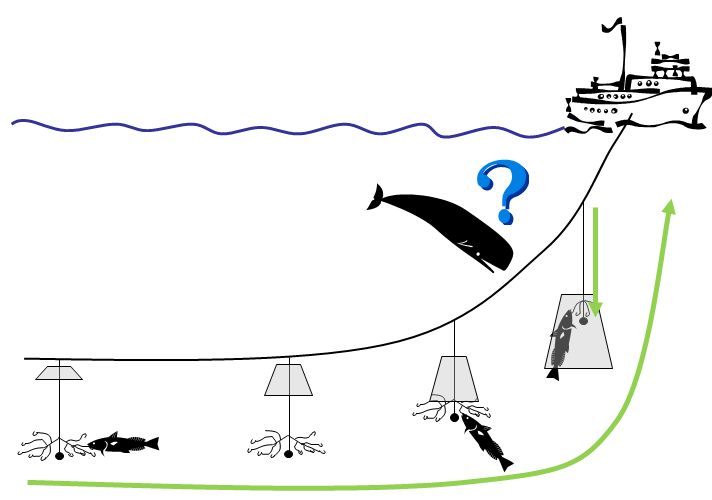 During hauling, the cachalotera (netting) sleeve slides down the branch line to cover the hooks as they are hauled to the surface.  This prevents seabirds and marine mammals, including whales, from being able to access the hooks during hauling.

The use of cachaloteras reduces the risk to marine mammals associated with interactions with fishing gear, and has eliminated accidental death of seabirds as a result of fishing with this gear.  Research conducted in 2006 found zero seabirds killed when cachaloteras were used, compared with 1,542 seabird deaths in the same area in 2002, when cachaloteras were not used (CCAMLR Science, Vol. 15 (2008): 79–91).