We have created a map indicating the Total Allowable Catches (TACs) for toothfish fisheries in the 2017/18 season.  Most of these toothfish TACs were set by the Commission for the Conservation of Antarctic Marine Living Resources (CCAMLR), following internationally peer reviewed science at the 2017 CCAMLR meeting in Hobart.  TACs set for Chile, Argentina, Falkland Islands, Marion Island (South Africa), Macquarie Island (Australia) and Peru were set by national authorities of those countries.

The toothfish catches indicated in this map represent over 95% of the worldwide catch of toothfish.  If you source toothfish from any of these fisheries, with a certified catch document, you will know you are receiving legal, sustainably caught toothfish. 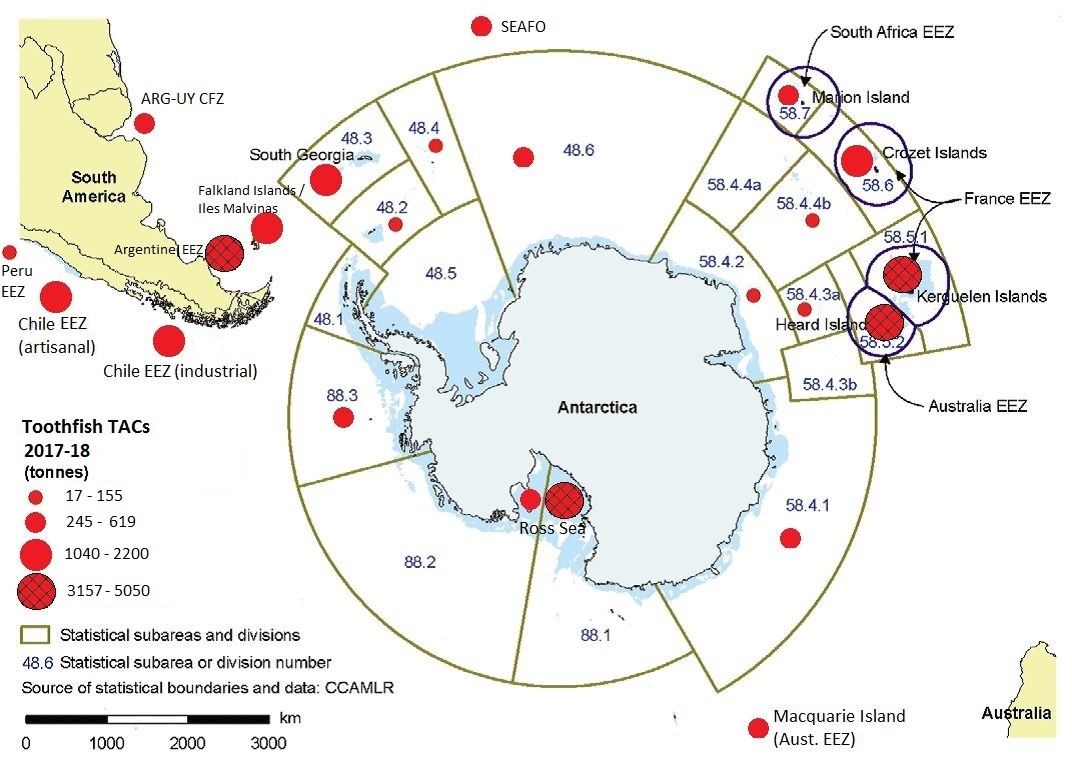 Commercial fishing of Patagonian and Antarctic toothfish is managed by CCAMLR around most of the sub-Antarctic and Antarctic regions, however the fisheries that lie within a nation’s Exclusive Economic Zones (EEZ) are managed by those nations, taking into account management recommendations and approaches by CCAMLR.