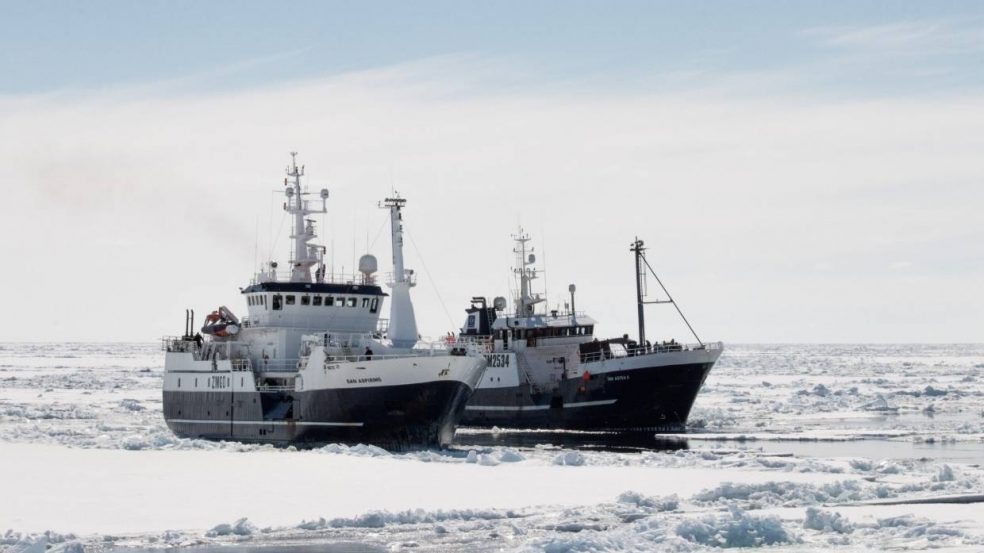 When CCAMLR started its work, in the 1980s, whaling, sealing and fishing had been taking place in the Antarctic for many decades. Sealers first hunted fur seals for their pelts in 1790. By 1825, some populations of fur seals were close to extinction, and sealers began hunting elephant seals and some species of penguins for oil. Whaling in the Southern Ocean began in 1904, with seven species of whales being exploited until the International Whaling Commission implemented a moratorium on commercial whaling in 1986. Large-scale fishing for finfish began in the late 1960s, targeting species such as mackerel icefish (Champsocephalus gunnari), marbled rockcod (Notothenia rossii) and Patagonian rockcod (Patagonotothen guntheri).

Whaling and sealing – which no longer occur in the Southern Ocean – are recognised by CCAMLR to be the responsibility of the International Convention for the Regulation of Whaling and the Convention for the Conservation of Antarctic Seals respectively. CCAMLR is responsible for managing fishing as part of its objective, and as explained in CCAMLR’s 40th Anniversary blog #2 and #3, by the early 1990s it had established measures to manage, or recover, all the fish and krill species that were being caught at that time.

However, in the late 1980s several fleets started to catch a little-known species called Patagonian toothfish – Dissostichus eleginoides. This species was known as a by-catch in some of the existing bottom trawl fisheries, and from fishing around South America, but it was not until fishers started using bottom-set longlines in waters up to 2,000 m deep that toothfish started to be caught in significant quantities.

Toothfish are deep-water fish that live close to the seabed and can grow up to two metres long. Patagonian toothfish (D. eleginoides) are present in the northern region of the Convention Area, around the sub-Antarctic islands, as well as in the EEZs of South American countries, and Antarctic toothfish (D. mawsoni) are found close to the Antarctic continent. Both species are much sought after for human consumption, and are of extremely high value. The combined annual catch within the CCAMLR Area is about 15 000 tonnes, and around the same quantity outside the Convention Area. 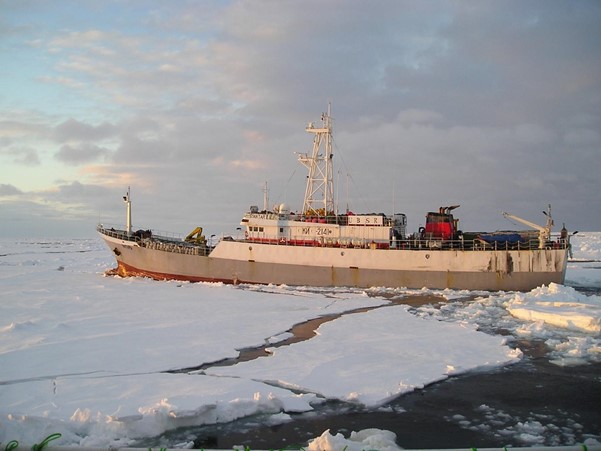 Up until the late 1980s longlining had not been used in the Convention Area, and this was the first example of a new fishery being developed after the Convention entered into force. The Commission responded by introducing (in 1991 and 1993) two ground-breaking measures to control what the Commission called “new and exploratory” fisheries. The intent of these measures is to prevent expansion of fisheries faster than the acquisition of information necessary to ensure that the fishery can be managed sustainably. They require prior notification of intent to fish, accompanied by a plan to collect data and undertake relevant research that will lead to the ability to develop scientific advice and appropriate management, and the requirement that a precautionary catch limit be set which is not substantially above the level necessary to obtain this information.

Understanding toothfish biology creates a challenge for science. This fish lives in water up to 2,500 m deep, has no swim bladder thus making it almost invisible to sonars. It does not school and is not restricted to living on the seabed thus making it relatively difficult in some areas for research trawls. It has a long pelagic (living in the upper layers of the ocean) juvenile phase which spreads a single population over immense areas.

For a number of years it seemed that finding a reliable stock assessment approach would be difficult, until scientists found that because they had no swim bladder, toothfish survived their journey from the seabed to the surface very well.

Learning this, in the mid-1990s CCAMLR started a tagging program which has been extremely successful. Since that time some 350,000 toothfish have been tagged and released, of which 40,000 have been recaptured. The high survival of tagged fish, and their general habit of not moving much, has led to very good estimates of stock size for all the populations around the sub-antarctic islands and for the Ross Sea.

Toothfish generally do not move far from their tagged locations – on average, tagged toothfish have been recaptured only 11 km away from their release location, after about 2 years at liberty. However, around 6% of individuals have been recaptured at distances greater than 200 km from their release location, and the furthest movement recorded to date was a fish recaptured 5,741 km from its release location! This was a Patagonian toothfish tagged and released in February 2004 by a Ukrainian vessel in the Ross Sea when it measured 57 cm and weighed 1.7 kg. It was recaptured in September 2017 by a French vessel near Kerguelen Island, measuring 100 cm and weighing 11.1 kg. 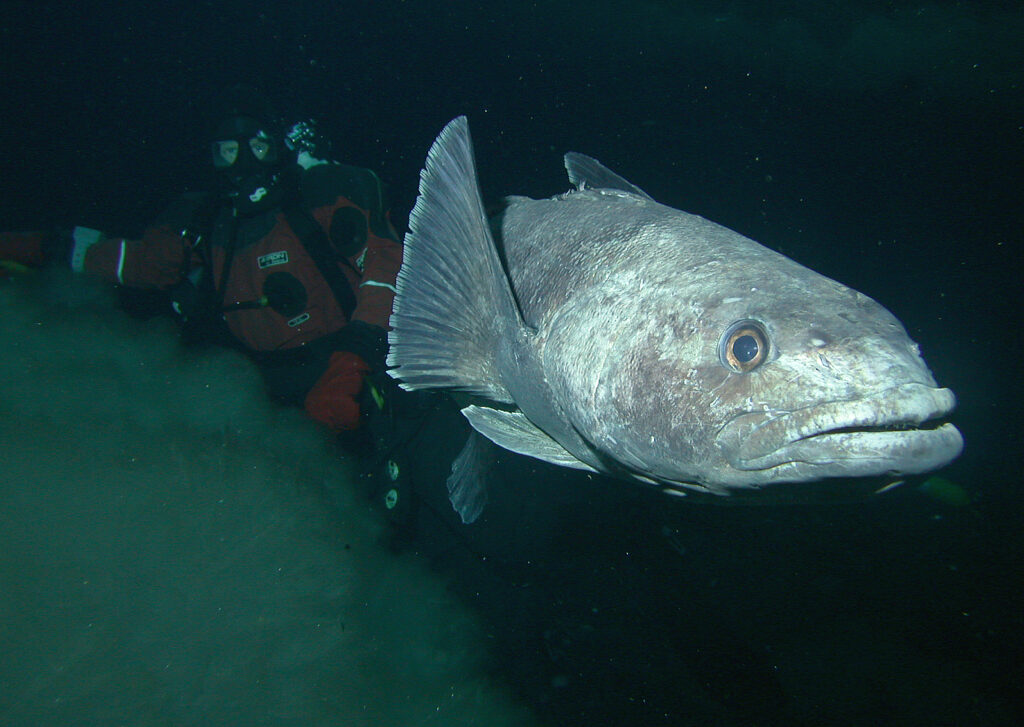 Good scientific stock assessments have allowed CCAMLR to set sustainable catch limits using a decision rule which, like that for krill (see blog #3 ), safeguards the stock and the ecosystem. It does this by aiming to keep the breeding population at 50% of its initial size. This is more precautionary than the level that is generally accepted as being that which will produce maximum sustainable yield, which is normally around 30–40% of initial stock size.

Some toothfish fisheries are still in their exploratory stage. For these, low catch limits are accompanied by intensive research to establish the basis for a scientific assessment of the stock and its potential sustainable catch limit. One example is the fishery to the east of the Weddell Sea, in an area called “Subarea 48.6”. In this exploratory fishery Japan, South Africa and Spain have been undertaking cooperative data collection and research in 4 small-scale research areas, with catches limited to 300–400 tonnes per year. The research and data collected are likely to soon enable a scientific stock assessment to be undertaken in the area but until then, the catch limits will remain small and precautionary in keeping with the exploratory status of the fishery.

The fact that all these toothfish fisheries have been developed from an unfished state to a fully sustainably fished state, without at any time becoming overfished or depleted, is a huge success  for CCAMLR. Few other fisheries globally have achieved sustainability without, at some point, being overfished. CCAMLR’s success is due to its precautionary and ecosystem approach, and a practical implementation of these principles through its new and exploratory fishery measures.