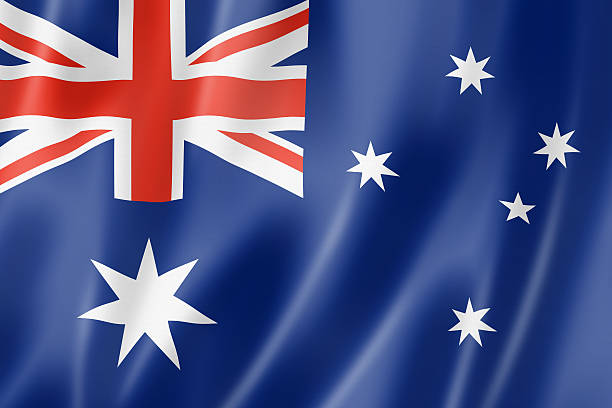 Australian toothfish operators have responded to false claims made by a Hobart-based NGO group.  This response is detailed below:

In light of events in Hobart this week, the Australian toothfish industry welcomes robust debate based on evidence and facts.  For this reason, we wish to offer a critique of an interview from the Tasmanian Times with the Bob Brown Foundation’s Antarctic Campaigner, Alistair Allan.

Alistair Allen: “It’s been fished since I think… I believe the fishery started around the 70s or the 80s. And it’s suffered from fairly prolific, illegal, unreported and unregulated fisheries. So there was a big gold rush, the price of this fish went up.  And investors from all around the world went down and started taking this fish in incredible numbers.  There was then a clamp-down through industry and through NGOs and through governments to try and regulate these fisheries.  And the illegal element has somewhat been stamped out; there are some remaining vessels, but it’s pretty much gone.  And what we’re left with now is what we call the legal toothfish industry, which is what this vessel is like behind us.”

Our reply: The illegal, unreported and unregulated (IUU) toothfish story is well documented.  A good example of this story can be found on the MSC website.  The Australian fishing industry has played a key role in the elimination of IUU for nearly 25 years.

Alistair Allen: “It’s a very lucrative fisheries. But it’s a fisheries that doesn’t contribute anything at all to global food security, it’s a luxury fisheries.  These fish don’t go to the Philippines or to Vietnam or contribute to the global seafood market. They go to high end restaurants in New York, LA, Tokyo as a sort of luxury item.  So it’s a fisheries that in my opinion shouldn’t exist, because why are we going so far down to the ends of the earth to pull the fish out of a pristine area like Antarctica, that should be protected, for a useless product that’s just for luxury?  I think that it’s a fisheries that doesn’t have a place in our in our global sort of seafood market.”

Our reply: The global catch of Patagonian and Antarctic toothfish combined is around 30,000t per annum, which is tiny on the global seafood scale.  The product thus finds itself in a very niche market and we make no apologies for that.  What we can ensure is that we harvest this fish in a responsible manner that is underpinned by world leading fisheries science and management programs, which sees that the Australian toothfish fisheries around Heard Island and Macquarie Island are sustainably managed now and into the future.  Indeed, it is the presence of legal fishers in these remote waters that prevents illegal and unregulated activity.

Tasmanian Times: “What sort of role does the Patagonian toothfish play in the ecosystems of those marine areas?”

Alistair Allan: “The Patagonian toothfish is a predator, it is a quite integral part of the marine ecosystem down there, as all predators are, it’s part of the chain.  They are also food, a food source themselves for larger predators, such as seals and orcas.”

Our reply: This is correct and the management of this fishery is conducted accordingly.

Alistair Allan: “But again, it’s a fish that we’re starting to understand more about it now, but we don’t really know. They take a very long time to mature, to get to a sexual maturity and give birth. And so they are, they would be regulator down in the Southern Ocean, for sure.”

Our reply: The Australian Antarctic Division (AAD) and the Commonwealth Scientific and Industrial Research Organisation (CSIRO) conduct the toothfish stock assessments for the Heard Island and Macquarie Island toothfish fisheries, respectively.  To support this science, industry invests in an annual fisheries independent survey, the tagging and releasing of toothfish (over 80,000 to date) to understand growth and movement patterns, conducting qualitative studies to consider the impact of a changing climate on this part of the world, and investing in some ground breaking genetic work to help better understand and manage these fisheries.

Tasmanian Times: “This boat’s here and unloading their catch today. Why should this issue matter to the residents of Hobart and Tasmania?”

Our reply: Both the Heard Island and Macquarie Island toothfish fisheries have some of the largest Marine Reserves in the world within them – where no fishing can take place.  These were declared in the late 1990s-2000s, with the collaborative support of the toothfish fishing industry and NGO actors such as the WWF.

It is true that Hobart has a key place in Antarctic history and we are proud to be able to say that it is home to underpinnings of these fisheries, which are independently certified as sustainable and well managed by the Marine Stewardship Council, and also recommended by the Monterey Bay Aquarium Seafood Watch program.  Both fisheries are also considered a “better choice” by the Australian Marine Conservation Society’s GoodFish guide.

Tasmanian Times: “So what’s next in this campaign?  What else do you do to try to halt this currently legal but as you say should-be-ended fishery?”

Alistair Allan: “So the legal toothfish industry is regulated by two different bodies. There’s AMFA which is the Australian Fisheries Management Authority. And there’s also CCAMLR, which is the global governments of marine and living resources down in Antarctica. To see this fisheries ends, we really need to put pressure on both of those those regulators to say, ‘Look, this is a fishery that contributes nothing to global food security, and we should be protecting them and protecting as much as we can of Antarctica’.  For our campaign that’s going to be keeping pressure on the Australian operators.  It’s not just this company.  There’s another company called Austral Fisheries as well that operates primarily out of Fremantle, and we’ll be just letting them know that Hobart is not the place that we want them to unload their plunder.”

Our reply:  We laud the recent work of Sea Shepherd Australia, which Alistair was recently a part of, who have turned their attention to illegal fishing, and played a vital part in bringing to justice the last vestiges of illegal toothfish operators in 2015-16.  We are proud to have been able to play a very small part in that campaign, and we are delighted that we now have a meaningful relationship with that organisation, where we can appreciate and respect each other’s differences, but can agree and align on many others, namely illegal fishing, ocean plastics and climate change.

Tasmanian Times: “Within CCAMLR, has Australia been arguing for or against the continuation of this fishery?”

Alistair Allan: “So in CAAMLR, we, actually Australia has been pushing to say that ‘Yes, this is a well regulated and a well managed fisheries’.  There’s a lot of effort that goes into saying that it is, they do science and work.  The question isn’t really is it well regulated and is it controlled?  The question for us is to say is, should this be taking place in Antarctica at all?  Does this fishery have a need or a place?  Or is it simply just a profit-making exercise of something that should be protected?”

Our reply: We would encourage the Bob Brown Foundation to take a dive into the huge amounts of “science and work” that is undertaken in these fisheries, and we firmly believe that once they do, they will come to the realisation that these are two of the best managed fisheries in the world.  Since these fisheries began in the mid-1990s they have had a data collection program with two government approved scientific observers onboard.  It is very rare for a fishery to have this level of data collection since its inception.

Again, we welcome robust debate and accept that there can be differing views, but for this debate to meaningful, it must be factual.