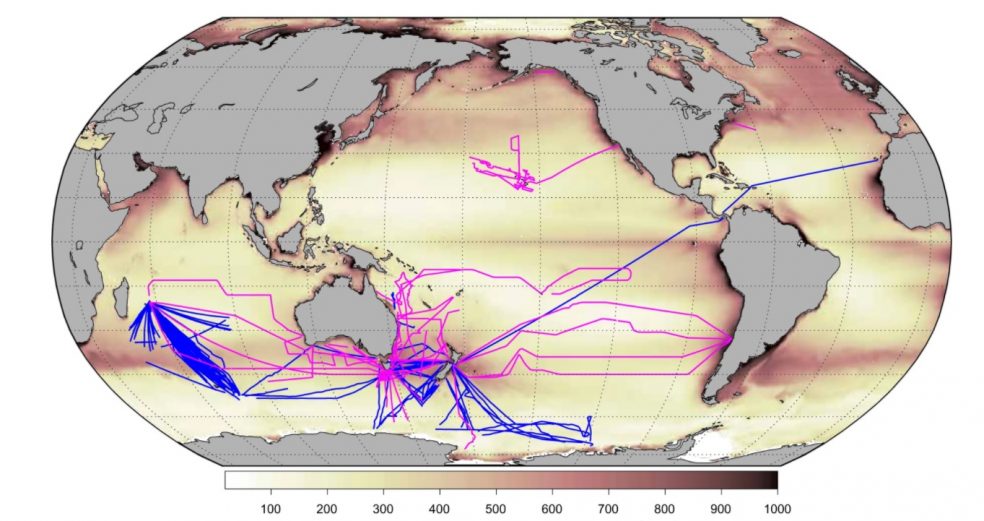 Since 2010, COLTO Members, Australian Longline, Austral Fisheries, Talley’s Group and the Sealord Group have provided their fishing vessels as ships of opportunity to shed light on the distribution and ecosystem function of mesopelagic communities in the twilight zone (~200–1000 m depth) of global oceans to bridge the gap in estimates of species biomass, trophic linkages, and carbon sequestration role. This collaboration has been made possible through Australia’s Integrated Marine Observing System (IMOS) Ships of Opportunity (SOOP) Bioacoustics sub-Facility, with researchers from CSIRO Oceans and Atmosphere in Hobart, Australia undertaking this work. Vessels from leading international agencies such as the Australian Antarctic Division, the CSIRO, NIWA and NOAA have also been used in this program.

Until 30 September 2020, more than 600,000 km of data from 22 platforms were processed and made available to a publicly accessible Australian Ocean Data Network (AODN) Portal. Approximately 67% of total data holdings were collected by 13 commercial fishing vessels, fostering collaborations between researchers and ocean industry. IMOS Bioacoustics sub-Facility offers the prospect of acquiring new data, improved insights, and delving into new research challenges for investigating status and trend of mesopelagic ecosystems.

The results provide a proxy for the combined effects of size, abundance, distribution, diversity, and behavior of mid-trophic mesopelagic communities including macro-zooplankton and micronekton in the twilight zone of global oceans. The broad goal of IMOS Bioacoustics sub-Facility is to provide repeated active bioacoustic observations for the status and trend of ocean life to 1000 m at basin and decadal scales.

More detail and a copy of the recently released open access paper can be found at Nature.