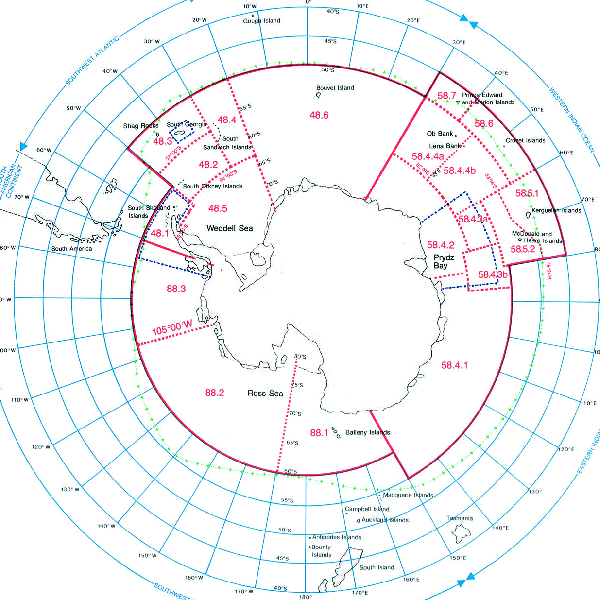 Today sees the close of the Thirty-seventh Meeting of the Commission for the Conservation of Antarctic Marine Living Resources (CCAMLR) in Hobart, Australia.

Early in October, scientists met to review the status and trends of fish stocks regulated by CCAMLR. The Scientific Committee subsequently reviewed the outcomes of that meeting, and the outcomes of several other specialist working groups responsible for monitoring ecosystems in the Southern Ocean. These meetings concluded in the first week of November with the Meeting of the Commission, CCAMLR’s decision-making body.

Research and monitoring plans for existing MPAs, as well as proposals to establish three new MPAs – in East Antarctica, in the Weddell Sea, and in the Western Antarctic Peninsula – were the subject of much discussion. Members will continue to work intersessionally on proposals for these MPAs before they are again considered at next year’s meeting.

The Scientific Committee reporting the lowest seabird mortality in CCAMLR’s history, and likewise the lowest recorded incidences of illegal, unreported and unregulated (IUU) fishing. The Commission agreed a new satellite surveillance project sponsored by France and the EU which will contribute to ability to detect future IUU activity.

The Commission agreed that seven new vulnerable marine ecosystems (VMEs) will be included on the CCAMLR VME registry – four sites in the western Antarctic Peninsula and three sites in the South Orkney Islands. The Scientific Committee also further developed its approaches to managing data limited fisheries.

The report of the CCAMLR Independent Stock Assessment Review for Toothfish, conducted earlier in the year, considers CCAMLR to be a world leader in tag-based stock assessments. CCAMLR’s approach and knowledge on tagging studies is of much interest to the broader stock assessment community.

The Commission renewed MOU Arrangements with several Regional Fisheries Management Bodies and agreed increasing practical cooperation with these organisations in respect of toothfish science and the operation of the Catch Document Scheme.

The Commission has agreed to hold a Capacity Building Workshop during 2019 which will examine ways of strengthening CCAMLR by improving the participation of Members in CCAMLR’s work and their contribution to the achievement of the Convention’s objectives.

CCAMLR is a consensus-based organisation consisting of 25 Members (24 countries and the European Union).

Next year, the Commission meeting will be chaired by Mr Fernando Curcio Ruigómez (Spain), who currently holds the position of Ambassador of Spain in New Zealand.