IUU fishing for toothfish has all but been eliminated.  Most recently, unregulated fishers were using gillnets to target Antarctic toothfish from high seas areas within the CCAMLR area.

This graph has been produced from data sourced from the Scientific Committee of CCAMLR until 2010.  However, since this time CCAMLR have not officially estimated IUU toothfish catches, from 2011 onwards COLTO has estimated these figures based on market price and surveillance data. 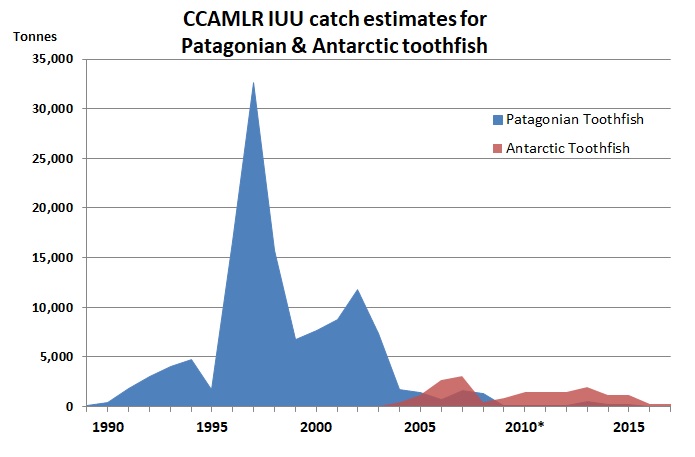