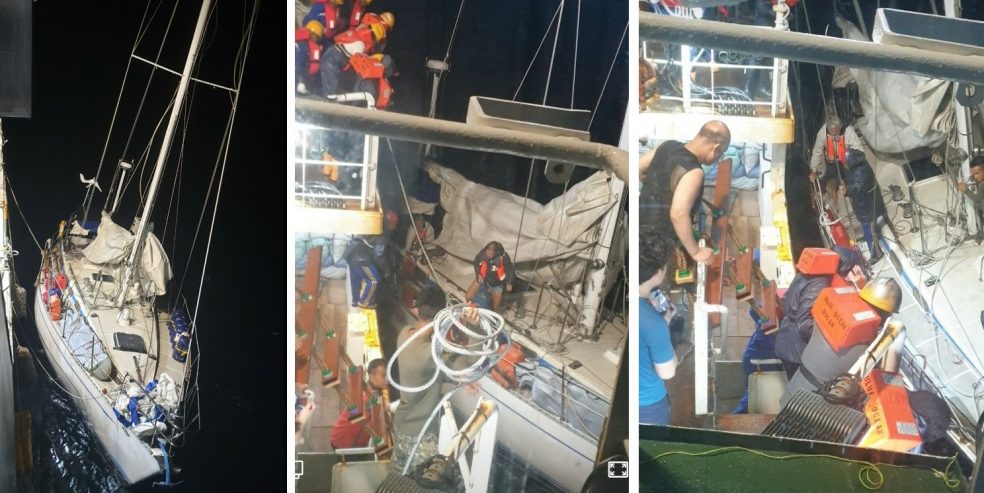 On Saturday 14 July, COLTO Member, TNS Industries Inc. (formerly Sun Woo Corporation) of South Korea, were contacted by the US Coastguard to help with a rescue mission of the pleasure yatch, LINDA ELLEN, after the vessel was hit by a severe weather squall and was in danger of sinking.

TNS’s toothfish vessel, BLUE OCEAN, was transiting from Busan, South Korea, to Punta Arenas, Chile, to begin its summer fishing operations when it was contacted by JRCC Honolulu to assist with this operation. The successful rescue of two Australians took place around 2500km south-west of Honolulu, and Australian authorities are now making arrangements for the repatriation of the two people.

“JRCC Australia sincerely thanks JRCC Honolulu for their prompt, successful coordination of this incident and asks that our gratitude is passed on to all involved parties, especially the crew of the Blue Ocean and the United States Coastguard aircraft.

“This rescue highlights the benefit of people being properly prepared at sea, and in particular having an emergency beacon which enables a quick response to help save lives.”

Mr McEvoy said the Australian Maritime Safety Authority is committed to working collaboratively with all search and rescue partners and volunteers in Australian and international waters.

Taebin Jung, CEO of TNS (Transparency & Sustainability) Inc., said “the diversion and rescue took around 2 days, but we are just glad that we could help the Australian couple before matters got worse.” Taebin went on to say that due to COVID restrictions in nearby ports, the couple would sail with the vessel to Punta Arenas, where they could then be repatriated.