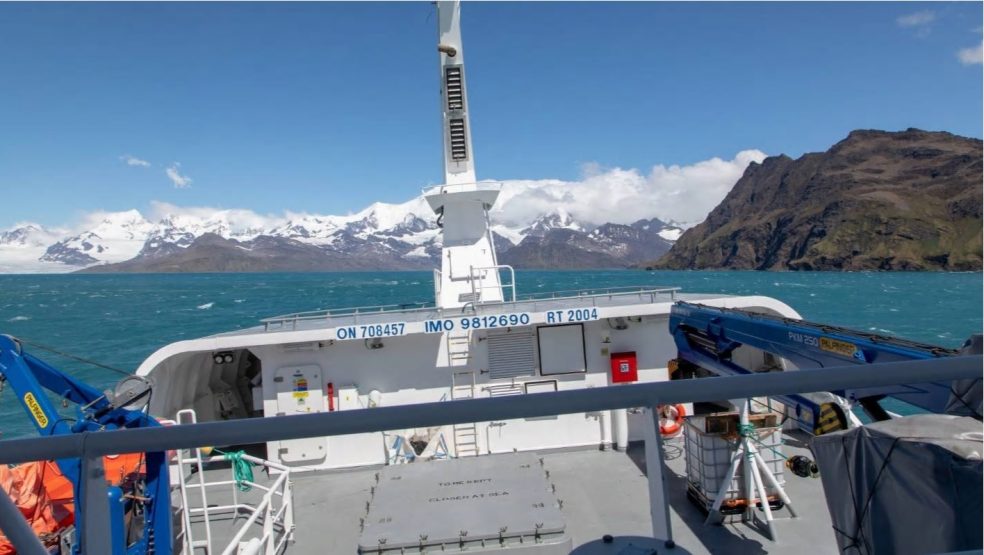 Blenheim-based photographer Tazmin Henderson grabbed the chance to go on a toothfishing vessel to the South Atlantic. She wrote about her challenging experience.

In November 2018, I read that Argos Froyanes Ltd had launched two new vessels for toothfishing in the Ross Sea.

Argos Georgia and Nordic Prince are state of the art long-liners, sitting at 54 metres long and taking a crew of around 25 staff.

Designed with the safety of the crew in mind, the vessels use a moon pool in the hull to haul the toothfish in, they are ice strengthened and have incredibly modern technology.

Fascinated with the new vessels, I contacted Argos to see whether they would consider taking a photographer on board and in early January 2019 I was completely blown away to receive a reply – would I like to join the Argos Georgia on a three-week research fishing trip to the South Sandwich Islands in the south Atlantic Ocean?

I had a mad dash to complete my Personal Survival Training (Thanks Peter from the Westport Deep Sea Fishing School for being so accommodating) before flying to the Falkland Islands, via Auckland, Santiago, and Punta Arenas, Chile.

I was on board to photograph the crew, the fishing, and the beautiful scenery. The opportunity was a dream come true as Argos Georgia is the nicest vessel, fishing or passenger, that I have ever been on, but as it turned out it was also the biggest challenge I have ever faced, starting with the rope ladder to climb on board. 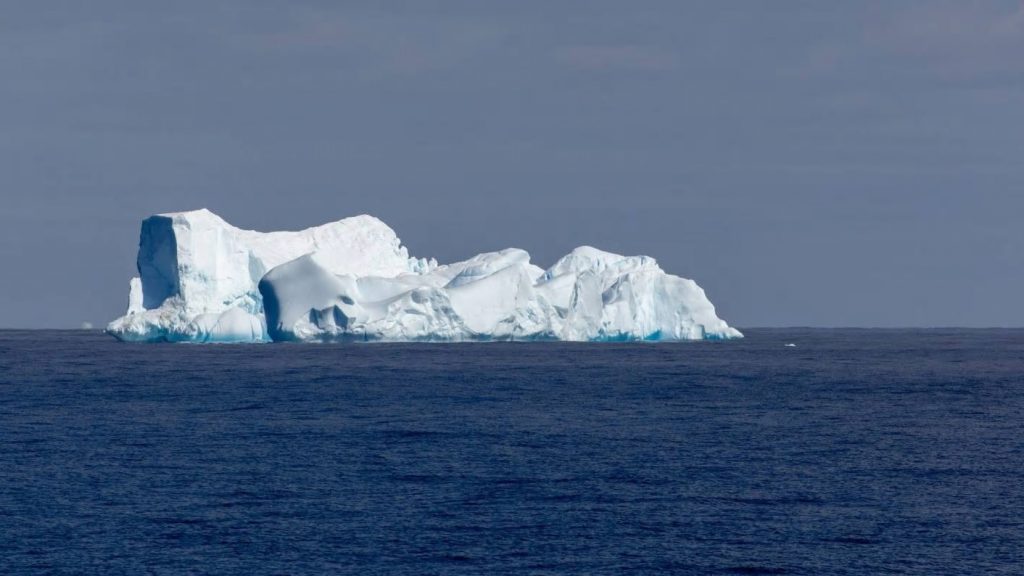 We sailed from Stanley, Falkland Islands, for two days down to King Edward Point, South Georgia for our inspection.

The Commission for the Conservation of Antarctic Marine Living Resources (CCAMLR) and the South Georgia Government have specific requirements to be met which meant the inspection included everything from checking hooks and tori lines, to flares, immersion suits and our fishing plans.

In such a wild and valuable area, no chances would be taken. After passing our inspection we headed south to the fishing grounds near South Sandwich and the Antarctic Peninsula.

Our research quota allowed for six lines to be set and for a certain number of fish to be tagged and released. The observer, Felix, was on hand for the process.

Despite medication, the seasickness was debilitating. On the bad days, which there were several, I watched the world go by from my cabin window, wishing I could hold my stomach long enough to be on the bridge or down with the crew.

On the calm days I photographed icebergs, whales and seabirds from the deck. One of the noticeable differences on board Argos Georgia was the distinct lack of birds around the ship compared to any other vessel I have seen or been on board.

Due to the moon pool hauling fish through the hull, the regulation of offal discharge and the bird mitigation devices, the seabirds were just not interested in our vessel. This is a huge breakthrough when seabird by-catch is an industry concern, and significant time and financial resource has been invested into improving statistics.

As part of my brief, I ventured down to the factory where I watched the observers tagging and releasing tooth fish, and the crew setting lines, preparing and packing fish to freeze. 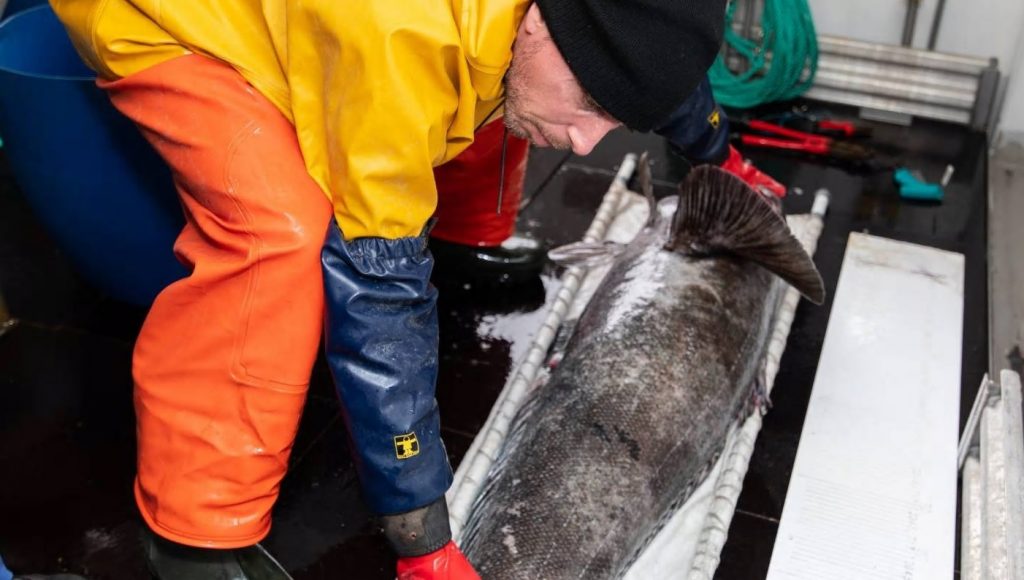 Crew of the Argos Georgia in the process of tagging and releasing toothfish.

All processes on board Argos Georgia happen below deck so even in the roughest conditions the crew are safe. After working their shifts hauling and packing these massive fish, the crew relaxed in the mess to fantastic meals prepared by the cook – think toothfish, fresh warm bread, and apple tarte tatin for dessert. 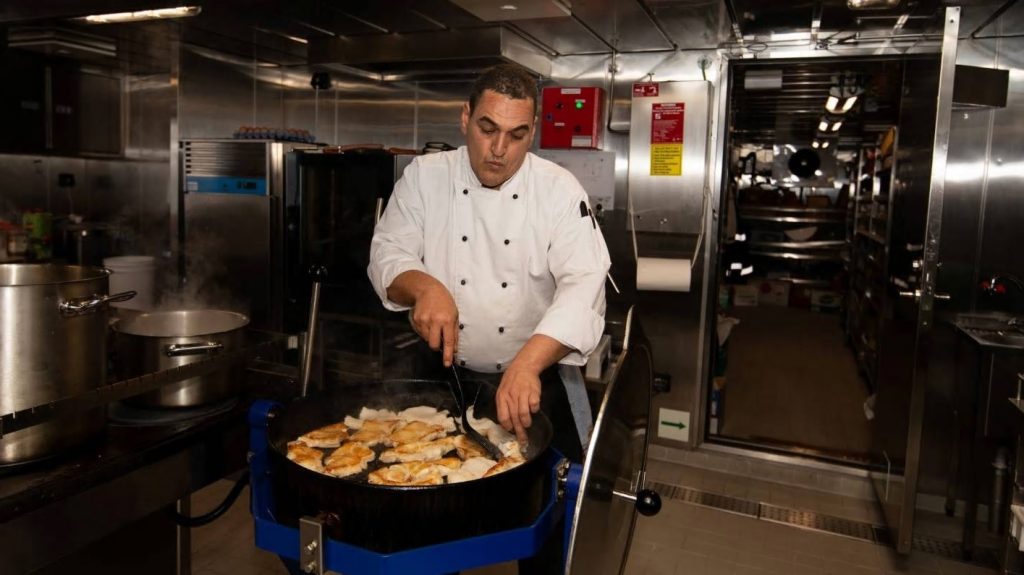 The conditions on Argos Georgia were the best I have ever seen on a fishing vessel, and it made for a very happy crew and a great environment.

After we had set and hauled our required lines, we rolled our way back to Stanley where I was quite ready to settle my stomach and extend my daily meals past water and orange juice.

I will forever be thankful to Argos for giving me this opportunity and will always feel as though I could have done better but there are some tough lessons to be learnt at sea, especially down in the South.

Tamzin Henderson is a photographer based in Blenheim.
www.tamzinnz.com