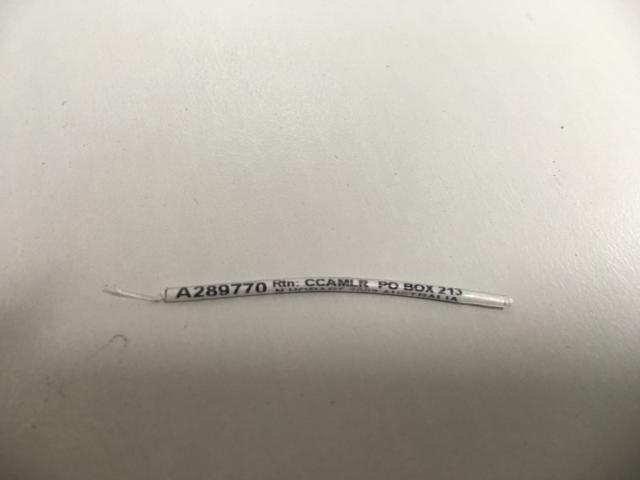 A toothfish tag made its way back to CCAMLR in a very unusual way. The tag in question, A289770, which was released on a Patagonian toothfish in December 2015 around Prince Edward and Marion Islands, has managed to find its way over 6 700 km to the Western Australian coastline.

The unusual discovery was made by Marine Park Ranger Peter Moore during his monthly beach clean-up in Walpole, Western Australia. He spotted the tag lying amongst other debris. ‘I was gathering plastic resin pellets and just generally cleaning up other marine debris, when I found the fish tag laying on a fresh ribbon line of debris’, Peter recounted. Peter was able to report this discovery to the CCAMLR Secretariat due to the ‘CCAMLR’ inscription on the tag.

Toothfish are not known to be present in the waters off Western Australia – so how the tag has ended up here will probably remain a mystery. According to research by Dr Harriet Paterson (University of Western Australia), it is very likely to have drifted here along with other debris found on the beach from Africa. It can be speculated that the tag has either fallen out of the toothfish or it may have become food for a larger predator.

The CCAMLR Secretariat extended their thanks to Peter Moore for reporting his find, as well as for his efforts to collect and report on marine debris found on Australian beaches.