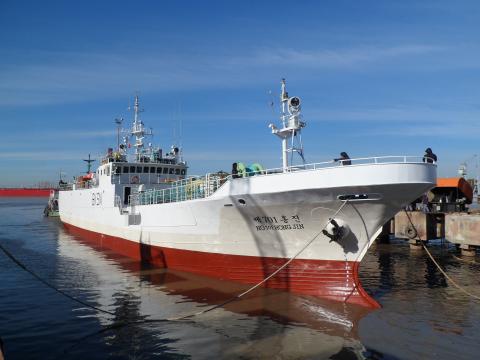 The Environmental Justice Foundation (EJF) reports that the South Korean government did not live up to its promise to combat illegal, unreported and unregulated (IUU) fishing when it failed to sanction two vessels that caught 70 tons of toothfish in Antarctic waters, instead allowing the owner to sell its landings on the global market. COLTO notes that these two vessels are not members of COLTO..

The vessels Southern Ocean and Hong-Jin 701, both owned by the Hong-Jin company, violated the Convention for the Conservation of Antarctic Marine Living Resources (CCAMLR) Conservation Measures, when they fished for four days in the Antarctic during a non-fishing period in December 2017. The Korean government had promised to ensure the operator did not receive any financial benefit and issued a 60-day business suspension, barring the boats from fishing, however it later halted prosecution and allowed the vessel owners to sell their catch for more than $800,000.

The vessels were classified by the CCAMLR as “Non-compliance Level 3”, meaning “Seriously, Frequently or Persistently non-compliant”, during CCAMLR’s annual meeting in November 2018.

COLTO supports EJF, who have also been joined by the Antarctic and Southern Ocean Coalition, the Citizen’s Institutes for Environmental Studies and the Korean Federation for Environmental Movement in its criticism of the South Korean government.