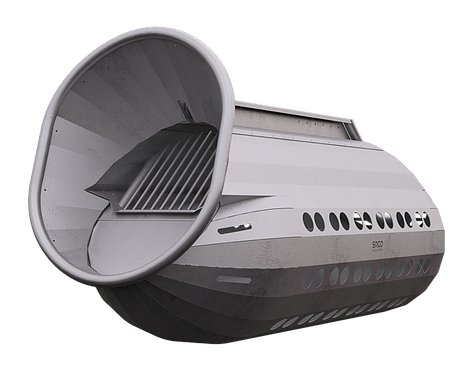 A system developed to protect longline catches from hungry whales has been presented on Fiskevegn’s stand during this year’s Nor-Fishing exhibition. Cetacean predation on longlines is a major problem in many fisheries around the world, particularly with sperm and killer whales taking fish from the lines.

Family-owned Norwegian company Sago Solutions has developed the Sago Extreme, an aluminium pod that is shot away with the longline, and through which a section of the line passes as it is hauled. The fish are stripped from the line and collected inside the Sago Extreme, which is then craned on board once it reaches the surface, protecting the catch from whales during the transit from the seabed to the surface which is when the lines are usually harvested by the whales.

The original idea was designed in 2008 and patented the following year by Omar Sørvik, after spending a great deal of time fishing for Patagonian toothfish in the Southern Ocean where longlines are frequently raided. The idea was dormant for as he was too busy with other work to take it further – until his daughters picked the idea up.

“Because he was so busy, it was put aside until we discovered that he was still paying for the patent rights. At that time we thought that we should develop it further. We had known about Sago Extreme for several years and knew that Dad would not patent it unless there was something special about it,” explained Linn Solveig Sørvik.

Today his daughters Ingunn Elise, who has a marketing background, and Linn Solveig who has extensive experience in shipbuilding as an industrial planner and technical engineer, are running the development after Sago Solutions was set up in 2016 as a research project with support from Innovation Norway. It has has been though a period of testing in Norway, where the Vesterålen Greenland halibut fishery is also well known for whales treating longlines as a buffet.

“It has proven to work properly. It was a great relief to us the first time we got some good video footage from test runs. The Sago Extreme slipped well along the seabed. The fish was brought in and preserved as desired. In the autumn, it is ready for full-scale testing in the Southern Ocean,” Ingunn Elise Sørvik said, commenting that one of the challenges has been to recreate realistic conditions during testing, as well as finding camera equipment capable of documenting what’s going at fishing depths.

“The challenge is that deepwater line fishing in the Southern Ocean takes place in rough conditions and at depths of 1200-2000 metres, which makes testing and documentation difficult. There are very few good video shots from these depths. Through the test phases of Sago Extreme here in Norway, we used different camera systems. In the end, we found one that gave us good recordings, but it limited testing to taking place at a depth of only a few hundred metres depth,” Linn Solveig Sørvik explained.

“We are in close contact with both the fishing fleet and the research community, which reports that up to three-quarters of the catch can disappear in some vulnerable areas. This is a serious challenge in itself, and it brings with it many other problems,” Ingunn Elise Sørvik said.

In addition to the financial losses, this also generates environmental challenges. By feeding on the line, whales get access to large amounts of food without active hunting. Toothfish is not part of the killer whale’s natural menu, as they live at different depths.

“Fishing fleets need more time to catch their quotas. When such a large part of the catch disappears, it is a challenge to keep the fishing sustainable. Longer sea time results in more emissions, and it is necessary to extract larger quantities of fish in order to achieve the original quota,” Linn Solveig Sørvik commented.

“The problem is known in the industry, and different approaches have been tried in the past, but whales are intelligent animals and it has not been possible to find a permanent solution. It is important for practically oriented fishermen that the solution actually works during fishing, and Sago Extreme does.”

The Sago Extreme is designed with custom openings through which by-catch and undersized fish are able to escape, and it can produced with different dimensions for other fisheries. The system is manufactured by BFG in Måløy and will be distributed by Fiskevegn, while Sago Solutions also has other projects to work on.

“It’s a privilege to work with the family. With a father who has extensive fishing skills and a mother who is an accountant, this is a combination that has been proven to work perfectly for us. In addition, we have two other siblings who are busy in their own jobs, but who have contributed to the project as needed. We are all part of a creative team and are motivated by working on a potential solution to an important problem. The development of Sago Extreme has also opened up new opportunities,” Ingunn Elise Sørvik said, commenting that work on the Sago Extreme is continuing in parallel with development of another system that they indicate could provide a completely different working situation for the line fleet.