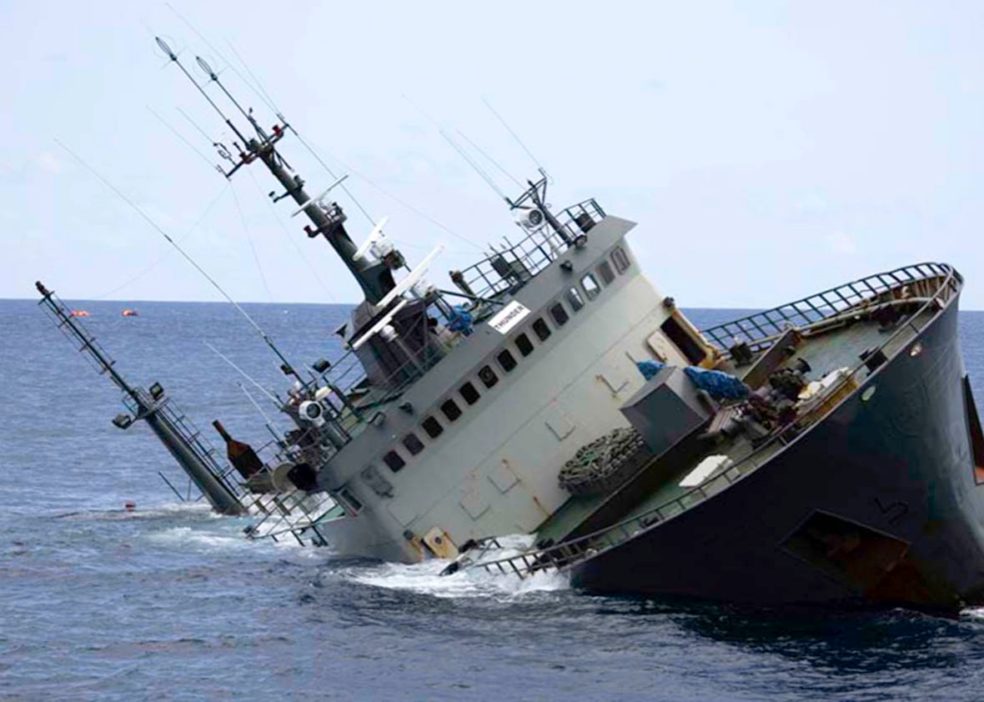 According to reports in the Spanish press, the case against Vidal Armadores, the beneficial owners of a fleet of vessels operating at various times fishing for toothfish in the Southern Ocean collapsed on a point of law.

Key figures in the family-owned company based in Galicia were arrested and subsequently released on bail after their offices were raided in a high-profile action last year. Severe penalties were handed down, but an appeal by the Vidal defendants to the Spanish Supreme Court found that national law is insufficient to pin a crime on persons when acts are committed in a place where those acts are not a criminal offence.

The finding is a blow to the Spanish Ministry of Agriculture and Guardia Civil investigative teams that had exhaustively pursued this case, among others, uncovering a complex trail of dubious activity claimed to have raked in €100 million for the company since 2006.

According to Peter Hammarstedt of Sea Shepherd, which tracked the notorious Thunder halfway around the world before it sank in water too deep for it to be salvaged or inspected, three of the Vidal Armadores-owned vessels remain in detention in Cabo Verde and Senegal, while the owners have been able to walk free from court after being charged with a range of offences that includes falsification of documents, money laundering, environmental crimes and criminal conspiracy.

Once a byword for illegal fishing, Spain has made massive efforts to clean up its reputation in recent years, cracking down hard on the fish pirates and enacting some of the toughest legislation in Europe. This included legislation making it illegal for a Spanish citizen to be involved in illegal fishing anywhere in the world, regardless of where this takes place and regardless of the flag state of the vessel concerned.

‘That reputation now risks being muddied again, as the Spanish Supreme Court ruled, albeit with one dissenting judge, that it did not have the jurisdiction to rule on issues of illegal, unreported and unregulated (IUU) fishing in High Seas areas, such as the Antarctic. Therefore, any crimes connected to IUU fishing could not be prosecuted either, as the money laundered was in the opinion of the Court not the profit of a crime under Spanish law,’ Peter Hammarstedt said, commenting that it is difficult to fathom why this does apparently extend to Spanish nationals who own and finance these IUU operations.

‘The decision by the Spanish Supreme Court is as disappointing as the hard work of INTERPOL and Spanish law enforcement is inspiring. The ruling unfortunately sets the precedent that Spain is a safe place for criminals to organise and launder the theft of fish worth millions,’ he said.