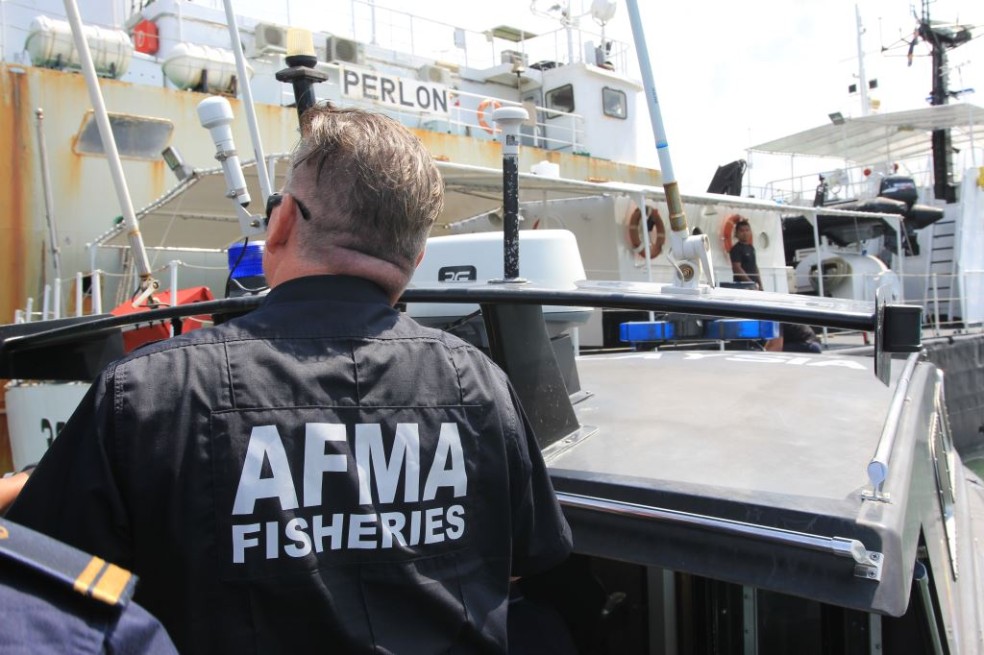 The Australian Government welcomes news that the crew of the illegal, unreported and unregulated (IUU) fishing vessel Perlon – detained by the Malaysian Maritime Enforcement Agency (MMEA) in May this year – has been convicted of offences under the Malaysian Fisheries Act.

The Minister for Immigration and Border Protection Peter Dutton said the conviction sent a strong message that the international community was united in the fight against IUU fishing vessels.

“The Australian Border Force and the Australian Fisheries Management Authority will not only continue to target IUU fishing vessels in the Australian maritime domain, but continue to work with international counterparts to share information and support investigations and prosecutions to ensure justice is done,” Mr Dutton said.

“Malaysia is an important regional ally in the fight against IUU fishing and we are proud to work in very close partnership stamping out such trade in our region.

“I would like to extend my thanks to Malaysian authorities for their efforts on this matter and say that we look forward to working with them on similar cases in the future.”

The Parliamentary Secretary to the Minister for Agriculture Senator Richard Colbeck echoed Mr Dutton’s commitment to work together with Australia’s international partners to combat this global issue.

Australia and Malaysia are two out of the eleven RPOA partner nations.

“This is yet another demonstration of international cooperation successfully leading to IUU fishers being stopped,” Senator Colbeck said.

“Earlier this year in April, following a boarding of the vessel by the then Australian Customs and Border Protection Service officers, the Australian Fisheries Management Authority were able to use their extensive networks to alert South East Asian countries of the possible arrival of this vessel into their ports, which resulted in the initial detention of the Perlon by Malaysian authorities.”

“Today’s outcome is a great result and would not have been possible without the relationships we have built with our neighbouring countries through initiatives such as the RPOA on IUU fishing and international authorities working together to share information and take action.”

The Australian Government is committed to targeting vessels involved in this trade, investigating the actions of people suspected of involvement, interrupting the supply chain of illicit catch and dismantling the business model of IUU operators.