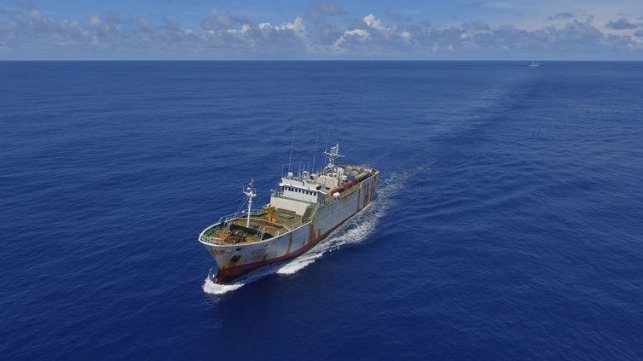 The past three weeks have seen the apprehension of two IUU listed fishing vessels that have a history of illegally fishing for toothfish in the Southern Ocean.  The conservation group, Sea Shepherd have been a central player in the recent arrests of the FV Hai Lung (formerly named Yele, Ray, Kily, Constant, Tropic, and Isla Graciosa), and the FV STS-50 (formerly named Ayda, Sea Breeze 1, and Andrey Dolgov) who have been using African coastal ports as hideaways to avoid detection.

COLTO Chair, Richard Ball, acknowledged the huge amounts of work that have been undertaken that have changed the way the toothfish industry is viewed globally. “The transition over the last 20 years has been astounding. From the peak of illegal fishing in 1997, IUU fishing for toothfish has been reduced by 99%.  We give thanks to national governments, CCAMLR, conservation groups, and more recently Sea Shepherd, for the focus that has been put on these illegal operations that threatened the viability of our fisheries.”

Over the past 4 years, Sea Shepherd have brought the required attention to those remaining few IUU toothfish poachers, in a truly internationally collaborative effort.

More information on the recent arrests can be found here: Hai Lung, STS-50.