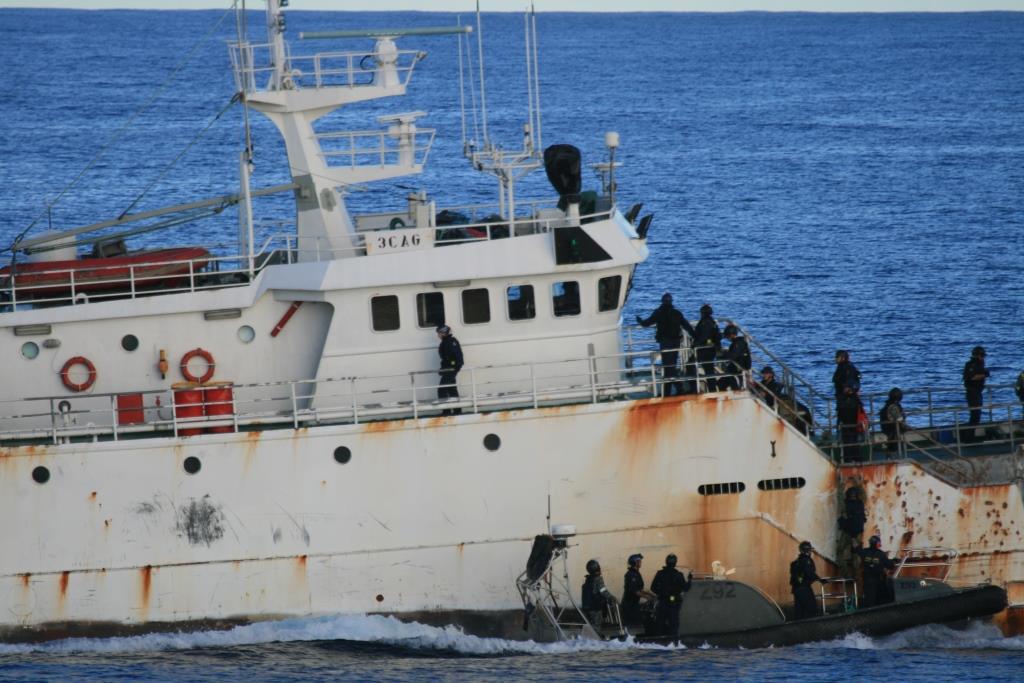 The Australian Government has reinforced its commitment to protecting resources in the Southern Ocean with the interception and boarding of a fishing vessel believed to have been operating under a false flag and in defiance of international conventions.

Officers from the Australian Customs and Border Protection Service (ACBPS) boarded and searched the internationally listed illegal, unreported and unregulated (IUU) fishing vessel Kunlun yesterday, after interdicting the vessel to the west of the Cocos (Keeling) Islands.

In January 2015, the Kunlun was identified operating within Commonwealth Bay off the Antarctic coast. The purpose of the boarding was to investigate claims that the vessel was authorised by Equatorial Guinea to fish in the Southern Ocean. This area of waters is managed by the Commission for the Conservation of Antarctic Marine Living Resources.

In the course of the inspection of the vessel, ACBPS officers observed a significant quantity of frozen fish in storage.

Information gathered in the course of the inspection will be used to conduct further inquiries in relation to the vessel’s nationality, ownership and authority to fish in the region.

“This action should send a strong message that the Australian government is committed to ensuring all vessels operating in the Southern Ocean do so legally and are appropriately registered,” Mr Dutton said.

“Our message to those who may seek to fish under false flags, or flags of convenience, is simple; we operate a range of assets in a range of locations, and we will continue to use these and the full extent of our powers to target you.”

Parliamentary Secretary to the Minister for Agriculture, Senator Richard Colbeck, said that unregulated fishing threatens the viability of fish stocks, and that Australia works with many other countries in seeking to eliminate it.

“The action taken yesterday demonstrates Australia’s commitment to combatting unregulated fishing and to protecting the interests of those who fish within the internationally agreed rules”, he said.