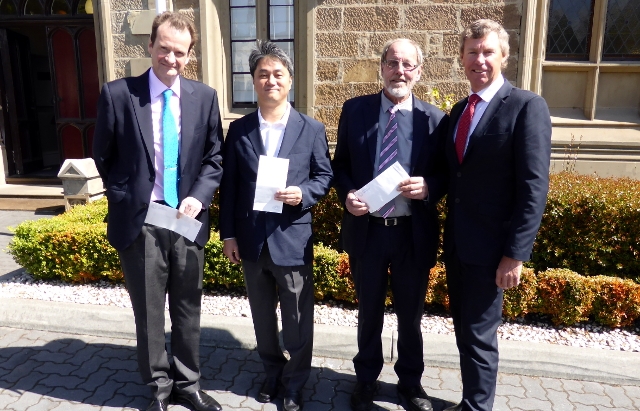 The CCAMLR tag-return lottery, sponsored by COLTO, has been drawn and this year’s winner of first prize is the Australian vessel, Antarctic Chieftain.

The lottery is designed to promote awareness of the tagging scheme on vessels and to ensure that all recaptured fish get reported to CCAMLR. Details of where fish were first tagged, and then recovered, are held by the CCAMLR Secretariat. To date, over 170 000 toothfish have been tagged and released as part of a broad program of fisheries research in CCAMLR waters, helping to improve scientific knowledge of the stocks and biological characteristics of the fish such as their movements.

The tag number was drawn at random from all reports of recaptured toothfish in CCAMLR exploratory fisheries in 2014/15. The winning tagged Antarctic toothfish was recaptured on 17 January 2015, having been tagged almost exactly a year prior on 16 January 2014. The fish was recovered only 2.25 km from where it was released but toothfish are known to move far greater distances over time. In fact for this fish, its two trips to the surface for the capture and recapture are a much greater distance than it had moved horizontally!

COLTO and CCAMLR congratulate all winners and is pleased to see such great contributions by crew and observers in these CCAMLR toothfish fisheries. COLTO has agreed to continue to support the lottery draw. The next one will be drawn in October 2016.